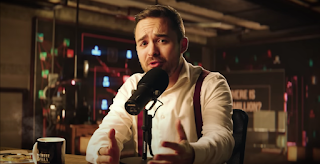 I found out about this man like 3 years ago it blow my mind the kindness of one person whose job or goal is to keep and protect people from the scammers of the world some of them are even in jail such as like Copy Cat Cat before I heard this man talk about this scammer never once hear the community call out the Shopify clown who protects to be smart when in reality he's just a good saleman, not expert really in anything business-wise.

I am sure Kevin scams people all around the world more less over the ideas of you know anyone can do Ecommerce when in reality it's way harder than it used to be if you entered it like 10 years ago then it would be fairly easy true but now same money to make requires a lot more money like say $2000 per month as good sort of minimum to be able to spend per month.

He came after one of the biggest conmen in the world Sam  Bankrupt which whose name made me laugh a bit and how Coffee managed to get him to admit the guy committed fraud was like a mastermind section for the quality of this one amazing man I hope in the  world a lot  of people show suspect to Steven for what he does to protect everyone and he also got scamman on the call with like 3 times which made me laugh and Sam became very scared speaking to him over being life real version of batman for why  I  hope one day American government or world government give him  award  or showing to credit him for going out of the day to protect people all around the world.

I will credit him for being brave going up against the fake guru people since a lot of them have  Laywers to try and stop the getting putting into jail and Steven being willing to stand up to the guru scammers of the world or them who often try and bullys over over the scams they sell to people. https://www.epintoken.com/2022/12/why-is-coffeezilla-like-modernday-batman.html

The biggest problem with the fake gurus is a lot of them sell a dream like you become a millionaire or buy a big house I don't think it's wrong to dream but if you follow the wrong dream then you will get scammed very likely for why it's always good idea to give this channel a watch whenever you can.


The man is hearing helping people learn about all the scammers in the world which in the online world even a smart man or woman can get scammed by different people like Logan Paul since some people may believe that  because he's from a rich family or is rich he should care about people losing money when in reality that's not the case as he could learn from this man past bad experiences or his latest crypto crime for this fake egg idea which I guess for some people sounded a good idea when in reality it's a low quality pile of shit basically to touch anyone the Paul brothers touch which is kind of sad but this is the world we live in where anyone who's fairly attractive can scam and get of with but hopefully the Paul Brothers will get some time in jail one day.
Steven as well has a good personality or comedy style such as I got a lot of good laugh when he used to run a show with Rose in it he was the guy who run as a politician for London who was beaten by Binman in the London Maylor election give a watch if you never seen before .