Which Crypto  disappeared in 2022?

Luna case you don't know was a currency which a scammer  South Korean guy called ( Kwon Do-hyung) made a crypto to try and trick people to invest into his Ponzi his currency went from being worth some money into being worth nothing since he tried to use the Ponzi to try and make out something worth nothing is important or useful for investors so he got a lot of people to invest into his proxy scheme. 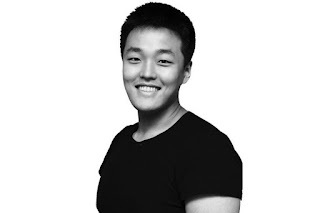 South Korean Government has put out a warrant out for him over him scamming people all around the world more less .

The best way to avoid people like Kwon is to do your research as much as possible into the founder of the coins and also make sure you can afford to lose it such as if you have only $1000 and you can't afford to lose it then don't invest it case it goes wrong in even research cryptocurrency. https://www.epintoken.com/2022/09/crytpo-news.html

What will  Bitcoincurrency  be worth

Value for BTC be worth around $100,457 and $126,127 which means some of people should try  if possible to get some BTC bought on the cheap then when it goes up to say $100,000 you then sell 10 coins then become a millionaire or richer probably.

The answer is probably not  since it's just meme coin at best but you could maybe buy it now then if it's value goes up sell it for okay money later on such as invest $20 then later on  that could make you say $5000 later on maybe or something else. The amount of coins in total be a quadrillion. https://www.game24hours.com/

Which crypto should I invest in 2022?

Bitcoin,Shiba, or Apecoin among other possible options for investment options

What caused the latest crypto crash?

Over investing by inexperience people at  currency and also over Musk slagging of different things because of his fame or popularity he has the power to up or down a virtual currency value meaning if he's against one you want to use it could go down hill or if he likes it make it go up so he's worth paying attention before you try and invest into one of the coins for sale around the world .

Is crypto riskier than stocks?

In general no since stocks is often controlled or managed by elites or pro stockbockers meaning it can go from high to low any moment more less so if you invest in like $20,0000 into stock you think good idea then the elites make it go from like $1 now down to like $0.10 you could lose all your money overnight more less which it not likely to go up fast or in the near future.
Crypto value is normally not managed by one person or a small number of people meaning it being riskier is not true unless you into a scam coin like Luna if you do that then it's a very risky or bad idea to get involved in it but if you invest into stable coins like Bitcoin then it should be safe overall.
What is the biggest risk with cryptocurrency? Government making them illegal like the CCP did in China for why a lot of Bitcoin mining going on has more less fully stopped now and also over so many people creating shitcoins with no budget or skills to make it turn into profitable currency like the pound or the dollar overall.
Can a Bitcoin hit zero? IT's possible but very unlikely to happen over it being to stable for that to be very likely to happen without extreme things happening to it's reputation or other outside effects taking place in regards to them.