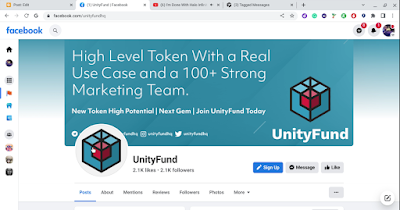 100 Strong Marketing team was not true it was always bs by the founder two I believe from England and another scammer from UAE who stole code from Mooncoin for where the code came from but the Arab guy would pretend he turns Caffeine into code going by he just steals maybe don't take caffeine and do some work instead? https://www.epintoken.com/2022/09/crytpo-news.html

When it was started people move from a site  called Blackhatworld or BHW as it's known in the SEO community but be aware it was not founded or supported by the website  the people came from overall after that they moved with Sam Lewis into forming a group on Discord with most people having no idea what was going on.

In the group  someone would tell you to do one thing such as answer quora questions then do Facebook or something else meaning what you were meant to do was like being a rollercoaster which never stopped for how things worked in the group .

A lot of people left the team over the terrible management it is kind of like being drunk trying to sell beer without you drinking it all yourself for how the management team worked overall for why I knew it would fail early on and for why I left the team myself before and they offered me coins I never took since I thought it could possibly end up in fraud case later on which a lot of my friends I educated in the Discord agreed I was right overall.

The business had just $10,000 to invest for any shitcoin that is joke money you need at least $100,00 to have chance of making it turn profitable or at least get up to good value even if you pay people to promote it $10,000  would at max get 10 semi-good people or services to make it become a small brand at best which is why I knew it would fail early on plus the founders were people in the management team were always telling which is why I was glad I never worked on it anymore.