Son of two rich boomer parents who clearly never taught the kid any business sense or how not to be a scammer.

Here is how it played out he setup like a fake version of Binary to try and get people to buy their worthless shitcoin for anything as such he got less intelligent people to buy things forcing people to lose a lot of money.

He also supported Biden president project with a lot of money plus a lot of other things but ironically they never made enough money to cover anything of the things bought.

You had a group of super scammer dumb immature kids trying to adult work such as the founder's girlfriend seems to me to have the mind of child but she was meant to be chairwoman which she admitted they do fraud which  I found pretty funny but she was within the kid for having sex with the rich kid   .

You had guy who had no idea what he was doing or anyone else if you have a range of adults with the mind of a child trying to create a bank or crypto it will often fail.

Sam Fried Bankman even has a clear look of a scammer for example if the guy playing videogame while on a business call does that not make the guy seem not too smart but either way the dumber boomer like Blackrock or other big firms invested into something they clearly never understood anything which makes me think about we need to take boomers money of them to stop them investing into retarded things all the time but ironically now the general American people now probably get big tax price increase so the rich people or druggie look a like Scam will probably not get any jail times by his protection from parents or Biden probably as well. 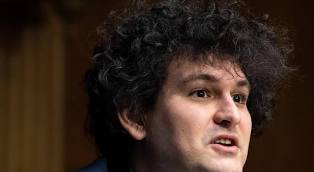 The boomer parents were very heavily involved such as protecting the fraudster son from crimes even now which is why to me more should be done to protect people from stupid people with money they don't really even own oddly enough this problem could make Crypto have issues for like 1 to 2 years or maybe longer because of  him making it looks risky than it is because of one stupid man in charge of the things going on .